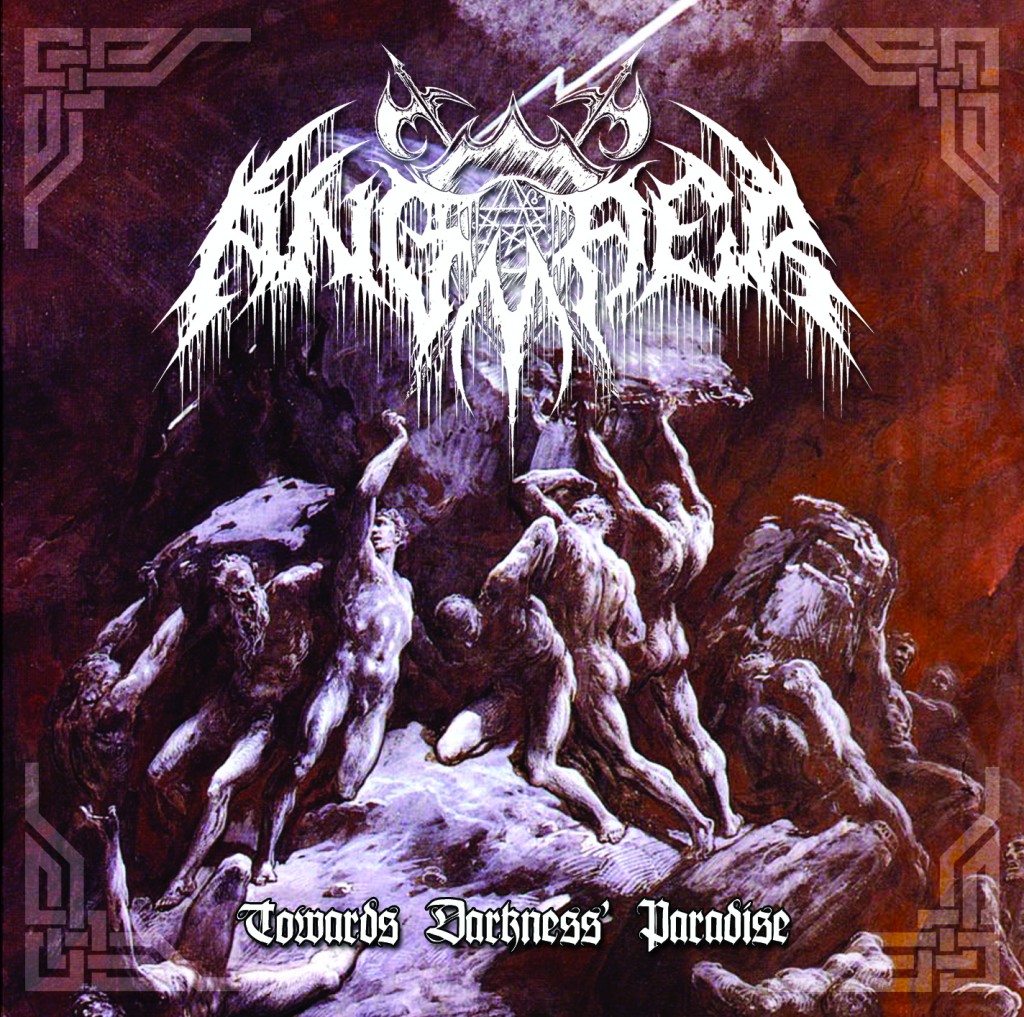 One-man, black metal band: a phrase that can strike pre-emptive disappointment into the heart of even the most stalwart extreme music aficionado. It can frequently be the case that these projects lack any kind of individuality or panache, aspects which are thankfully becoming more mandatory in the genre. UKEM’s recent signing, Angmaer, is luckily not guilty of this particular sin.

As the bio states, this is very true to the 1990s’ golden age of BM. The character must be incredibly hard for one person to capture this successfully on their own, and in that Towards Darkness’ Paradise is most assuredly a great success. Although it embraces a touch of the clarity brought to later BM releases, it retains an undeniably classic quality.

However, throughout much of this release it feels that the challenge has pushed mastermind Oscar Taylor to his song-writing limits, and some of the more straight-forward passages cry out for the kind of dynamic which can be offered by collaboration. The drumming in particular is a little two-dimensional at times, and it lets down some of the more imperial segments; something which may have been overcome by toying with how the guitars played off against the rhythm section in live rehearsals.

This is, however, more than compensated in the album as a whole. Flashes of influences from outside of the realm of BM, ranging from thrash, to doom, to folk, are executed with a clever diversity. Indeed, these are some of the release’s most enjoyable and ethereal experiences, and serve to highlight the other, more vicious side of the coin. Atmospheric interludes are both tasteful and majestic, and even in heavier tracks, such as Necromantic Summoning, you can really hear some high-quality composition at play.

Towards Darkness’ Paradise displays coherence and a certain charm that makes it stand out, but it’s doubtful that this will be the zenith of Angmaer’s creative output (or Taylor’s, for that matter). Although it has the slightest scattering of weak points, they are those moments where it doesn’t sound entirely like Angmaer. With these wrinkles ironed out, and maybe with the addition of some musical partners, this could easily be a thing of greatness in the not-so-distant future.