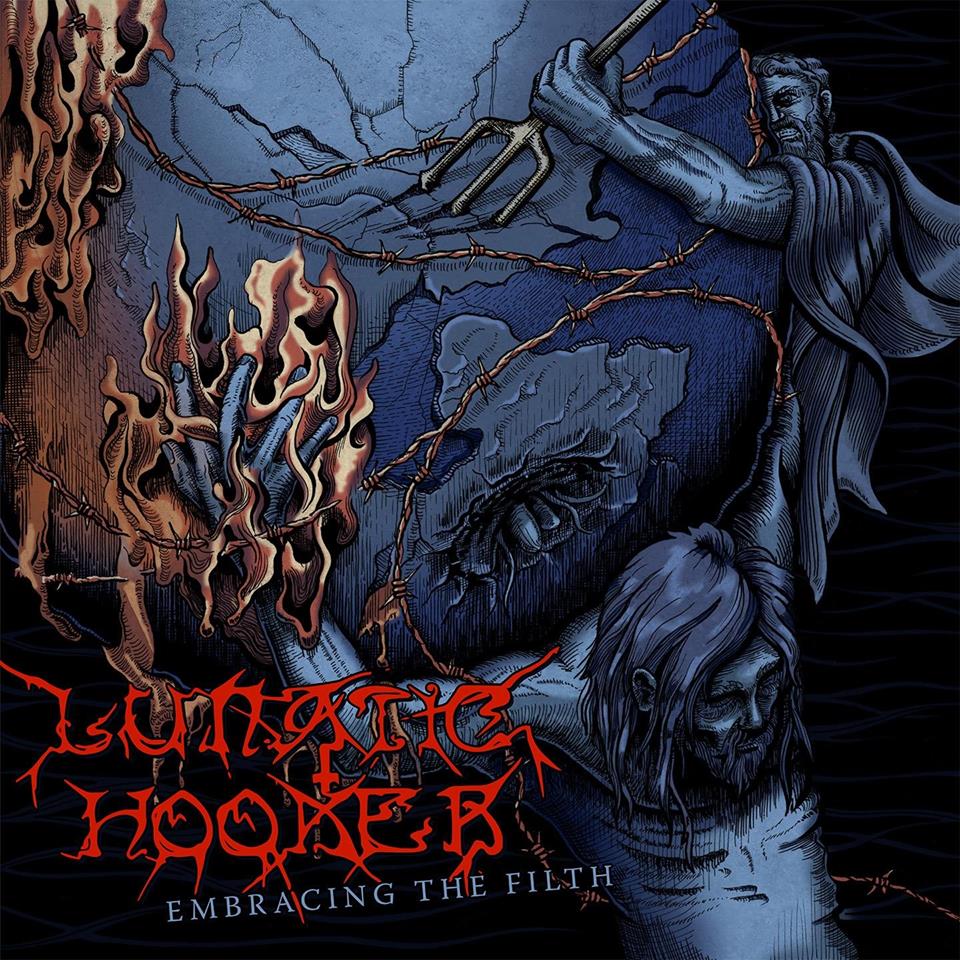 Hopefully this won’t cause any misunderstood nomenclature-based relationship woes, but I love Lunatic Hooker. It’s almost impossible to believe that such panache and grime can walk hand-in-hand, but in the aptly titled Embrace The Filth they do precisely that. Grandiose metal class. Complete and utter dirt.

It says here on the can ‘death/grindcore/sludge’, and yes, it does all those things magnificently, but I’d really like to add ‘slightly blackened’ to that mix. The lead vocal specifically has a truly dark and acidic attack. The three main component parts mentioned, however, have been fully mastered. Swinging from superbly tight, technical grind to pumping d-beat, and from pulsing to frantic death metal. The sludge element is especially interesting in that LH have not only tapped into the bruised and crusty doom of the original southern US sound, but also its hardcore punks roots. These are occasionally filtered off into standalone passages, and alternatively poured into the toxic brew of the band’s character in totum.

It’s hard to disbelieve the accompanying statement that, with this new project, these five musicians have managed to ‘reconnect with everything they had loved about extreme music in the first place’. The energy is tangible. As should be expected, it’s equally difficult to put in words the excitement of a musical turn-on, but let’s not let reality get in the way of a good attempt. This is like hearing Napalm Death for the first time, all over again. Not that the two sound the same. May brimstone and hellfire rain down upon my pate for this utterance, but Lunatic Hooker are actually heavier. What they do share is a successful melding of similar extreme music genres, and an atmosphere of being in the present, and necessary.

This whole release feels like a defined moment in time, delivered by experienced hands, and hints at a very tempting live prospect. Get stuck in, get listening, and get hooked like a lunatic. It’ll be an illicit transaction you won’t regret. Or won’t forget. Possibly both. You decide.