So I’ve decided to do a bit of an introduction for noteworthy bands from these parts, as I recently moved to Kuala Lumpur.  Sadly the Southeast Asian scene is generally viewed as a bit of a joke, with the constant postings of ‘COME TO INDONESIA!!’ on band Facebook pages and a perception of bands from these parts being extremely amateur.

However, I’ve been lucky enough to meet some great folk in the metal scene here, people who live and breathe metal, whether through Distro’s or people whose enthusiasm for shows would put the English to shame. Reflecting this community is a great deal of music worth checking out, so I’ve decided to put together a small series of bands from here that are worth a try at least; the first of which is…

The Modern Alternative was privileged to get a good clear view of the Bloodstock début of The King Is Blind this past weekend.  A video of the set opener, "Mors Somnis" can be seen further down the page.  This was shot spontaneously with a regular camera and, albeit a little shaky, the raw footage gives an insight into the performance, without any visual or audio retouching.

HUMILIATION - "Turbulence From The Deep" 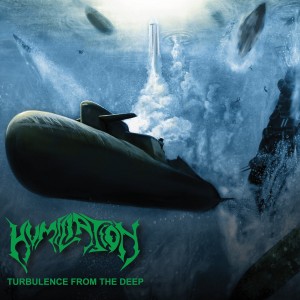 Describing themselves as Malaysian Military Death Metal, Humiliation have made a decent name for themselves in the Malaysian scene, resulting in a number of higher profile shows in Kuala Lumpur and Singapore, as well as multiple trips to Europe. I was lucky enough to discover them through a friend who had seen them perform at Metal Camp Kuala Lumpur, a higher profile show, which led me to see them at a show supporting Sadistic Intent (who never showed, leaving Humiliation as the headliners).