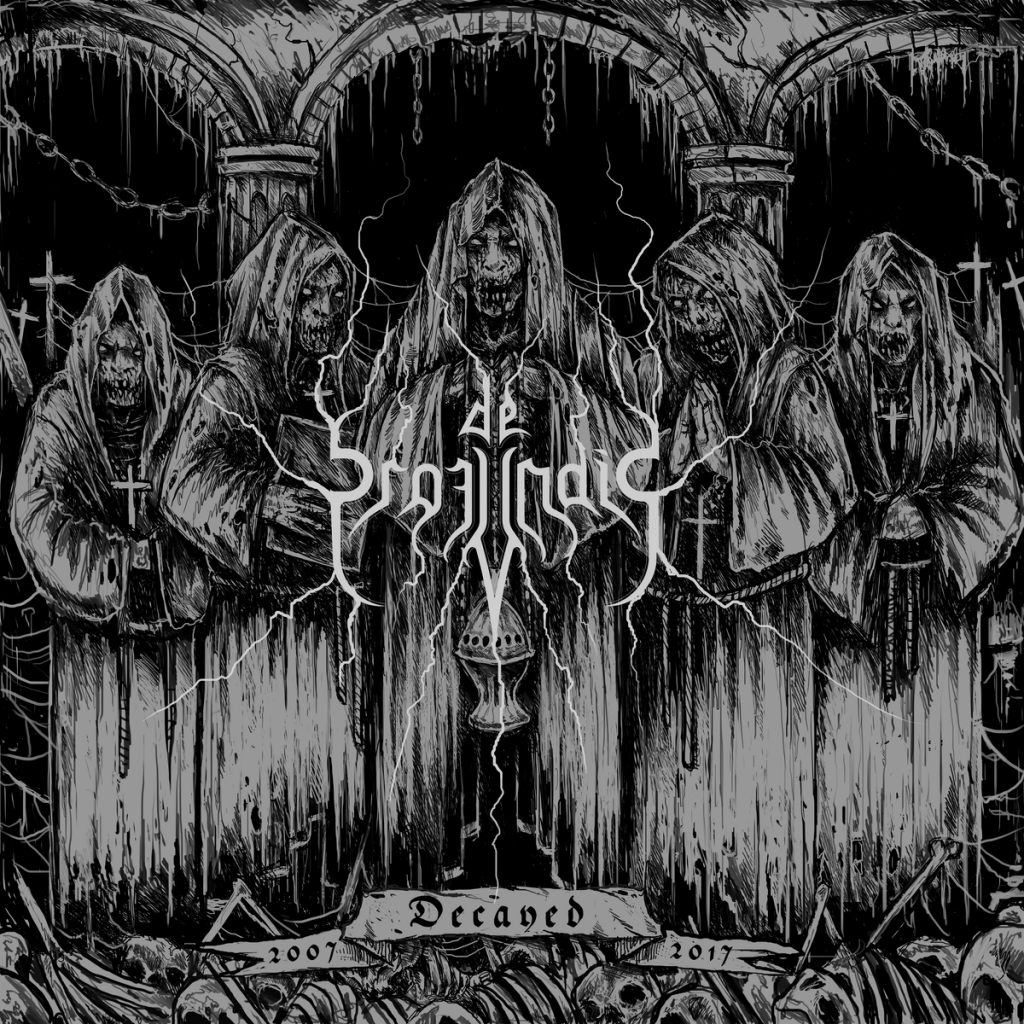 De Profundis are one of those rare metal bands that, when you first discover them, you realise your folly of not hunting them out sooner and instantly curse those friends of yours that knew about the band already (including having played gigs with them), but had not forced you to listen to them.  They are that good…

My personal moment of clarity came after the band already had two albums under their belt, the catalogue now includes a further two albums and an EP. Their catalogue is so strong that my own personal favourite track did not even make it onto this retrospective.

This release is the perfect introduction for the uninitiated; a 10 year anniversary celebration for De Profundis and is facilitated by those fine folks at Zero Tolerance magazine.  A free copy of the disc is included in 10,000 newsstand copies of the prestigious magazine’s issue 079, out now.

They are bold, progressive and so very skilfully talented band, the metallic diatribes set to the versatile vocals of Craig Land, a frontman with one of the most guttural growls out there, yet blessed with a range of other styles in his arsenal.  Every member of the band is utterly outstanding in the mastery of their craft, but for anyone else that is utterly obsessed by bass guitar wizardry, the mesmeric talents of six thick-stringer Arran McSporran have to be seen live to truly experience.  He is the kind of player that will either spur you on, or make you put down your instrument.

The sound of De Profundis has evolved over their career to date; initially with feet firmly in the doom death camp, the with later releases developing more into extreme progressive death and black with later releases.  Whilst there are obvious influences from such greats as Death, what stands them apart from many other bands is that their influences are hugely varied and wide-ranging and helps give them a very recognisable sound.

Furnished from the very first album with a detailed logo, courtesy of Christophe “Lord Of The Logos” Szpajdel, they perhaps confused and confounded as it perhaps indicated a more black metal styling than the music actually delivered.  The logo was simplified from the 2014 EP onwards, now cleaner, leaner and fitting the band perfectly.

Furthermore, something that has possibly counted against them in the past is that, they know just how good they are.  There has often been an air of frustration whilst they wait in the winds until it is time for their exposure; when the metal-loving populace step away from the latest fad and catch on to something better… what they were doing.

This album is a significant step in their exposure.  As well as the magazine copies, it is also currently available as a pre-sale bundle, comprising of a signed copy of the album and an exclusive t-shirt featuring the cover artwork by Gary Ronaldson.

I urge you to take the time to investigate further, I wish I had sooner!

For a little risk-free investigation, the 2014 Frequencies EP is available for free download from the band’s Bandcamp page, here.