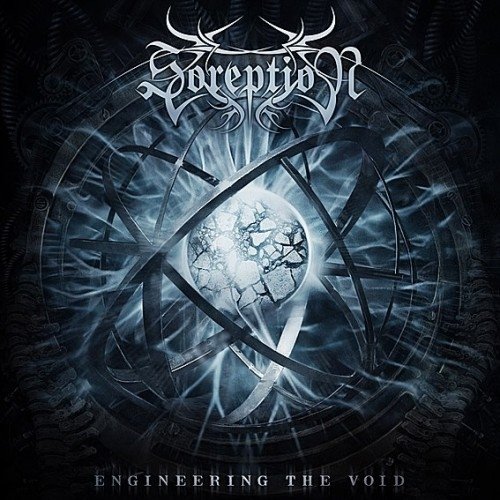 Despite forming in 2005, this only the third release, and second full-length from tech-death Swedes Soreption. Its predecessor, “Deterioration Of Minds”, released four years earlier in 2010, was somewhat of a behemoth, so this time around they have some significant living up to do.

What’s great about Engineering The Void, and indeed this band in general, is that, unlike many of their technical DM contemporaries, they aren’t afraid to let fly with a thunderous groove riff or two from time to time. In my opinion, this is what sets the bulls apart from the calves in most of metal. If you’re so busy trying to be ‘br00tul’ (a vomit inducing intentional misspelling) that you can’t write a hook, regardless of how intense the genre is meant to be, please, just go back to your bedroom and let the professionals handle things from here.

Although the production is noticeably improved from previous release “Deterioration…”, this fresh slab is pretty much more of the same, but that is really no bad thing. Shuddering riffs, dizzying lead work, and a proper grasp of musicality are not ingredients to be discarded lightly. When you’ve got it, you’ve got it! Might as well hold on to it, right?

The fret-board wizardry of Cerebral Bore’s “Maniacal Miscreation” meeting Carcass’ “Necrotism…” in this opus is intersected with atmospheric bursts of orchestration to further add to the flavour of professionalism and individuality. Sometimes stale and cheesy, this touch simply adds to affairs herein, much like many of the clever little nuances. Even the addition of guest vocals by The Black Dahlia Murder’s Trevor Strnad sneaks under the critical radar as an organic piece of the machine.

Driven, smart and genuine, this is a slice of extreme gold, and missing out on at least giving it a chance is likely to be a mistake for which you won’t forgive yourself.