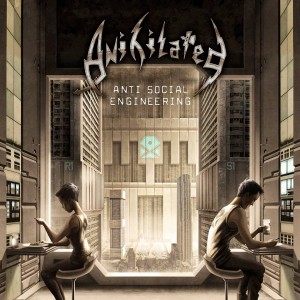 Remember when you first fell in love with Metallica’s last great album, And Justice For All? What? You didn’t like it? First of all, there’s a chance we can’t be friends, and second, you could well be put off Anihilated’s freshest release, Anti Social Engineering, from the offset. There’s a more diverse character to the long-player, but the riff that primes the album is very reminiscent of that particular moment in the thrash giants’ career, and it echoes on throughout. If ‘the big 4’ had Anthrax switched out for Testament, and were merged into one band, this sound could very well be the result, instrumentally speaking.

That might not sound too complimentary to some, but in the case of Anihilated, it is certainly not intended as a negative. The attack, attitude, and, moreover, the acidic punk vocals of frontman Si, truly set them apart from the pack. There’s also a very good reason they recall the thrash of yore: Anihilated predate UK originals such as Xentrix, Slammer, and Onslaught, forming in 1981, the same year as the above-mentioned progenitors of the genre, Metallica. The big difference is that, whereas the Americans have gone soft in their old age, this English dog can still bite, seemingly having become yet more belligerent over the years.

Anti Social Engineering also features the exemplary talents of guitarist Danny B from the criminally under-recognised Criminal. He seems to have brought a new flavour to the song and riff writing, adding further dimensions to an already developed sound. The result is a truly winning combination of punk grit, traditional thrash, and modern musical sensibilities, all tied together by a band so obviously forging ahead in the same direction, and loving it.

With the plethora of thrash releases thundering their way toward listeners all over the place in the first quarter of 2015, this stands a good chance of sticking out as one to remain in listeners’ hearts in future ages. If, like me, old school thrash and classic UKHC are in your soul, but you got jaded by their recent (mis)appropriation, you should be getting stuck into this one. You’ll be snarling it to yourself in no time. 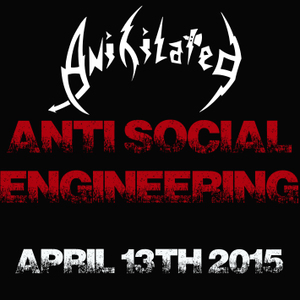