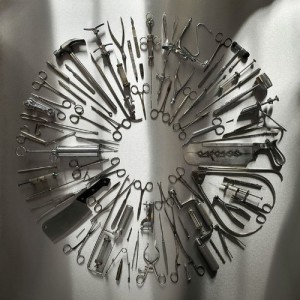 Carcass is a potential minefield when writing a review; a band pioneering so many sounds with differing groups of die-hard fans means whether the album is liked or not is going to be extremely relative.

The news of them writing a new album was met with an extremely varied reaction, with some extremely enthused to see what the pioneers of Death Metal would come up with, and others dreading the crushing disappointment that meets a lot of releases from ‘classic’ bands (Morbid Angel, for example).

As a disclaimer; I particularly enjoy the earlier stuff that came before Heartwork as a lover of traditional Gore Grind and Death Metal demonstrated on “Reek Of Putrefaction”, “Symphonies Of Sickness” and “Necroticism – Descanting The Insalubrious”, so I was one of those fearing disappointment despite being a massive fan.

Listening to “Heartwork” infrequently and having yet to hear “Swansong”, I see myself in the group where enthusiasm for the later stages of their original careers is still extremely low. I was extremely worried, therefore, when the melody driven 1985 kicked in, as I expected the album to follow closely to the sound of “Heartwork” or “Swansong”, an album whose reputation alone puts me off, that ignores their heavier history.

Thankfully the album quickly showed me how wrong I was when the frenzied “Thrasher’s Abattoir” followed leading me to really get into the new Carcass album. Even though this album is more like “Heartwork” than any other, for those concerned of too much melody, and an absence of blastbeats, do not fear, for this album definitely keeps it heavy.

Extremely tight and heavy riffs are backed up by excellent drumming which, despite Ken Owen’s obvious absence, retains the characteristically Carcass sound expected. With extremely dynamic tracks there is no filler on this album, ranging from the aggression you’d expect from their earlier years and the melody found in “Heartwork”, creating a very specific sound I imagine a lot of people have been waiting for.

For me, “A Congealed Clot Of Blood”, with its chugging goodness, and “The Master Butcher’s Apron”, a particularly heavy track, stand out as suiting my tastes of their earlier work, even though they incorporate a more modern sound.

Whilst I imagine many fans of their earlier works won’t be as enthused by the mixture of sound presented in the new album, for me it stands out as perhaps the best articulation of the Carcass sound with a frenzied and polished death metal, underlined by the Melo-Death sound they also pioneered.

I expect a great deal of diversity in opinions, but every Carcass fan should make sure to check out this album, as it encompasses aspects from throughout their varied history, and should have a little something for everyone at least.