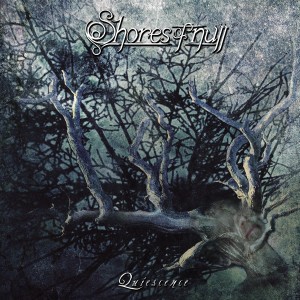 If you like your death doom, with a vocalist who has range, this album has to be on your to buy list. Cover art featuring a dead tree is often a clue to what’s in store on the disc, and a melancholic myriad of misery and despair ensues. However, the band whom hail from Rome, deliver an album which is heavy yes, but which has very catchy melodies and a vibe not too dissimilar to Ghost Brigade, Katatonia and err, Alice in Chains! Yep, that’s what I am hearing and that’s what I am loving folks.

Davide Straccione has some seriously good pipes, he really evokes Jerry Cantrell, particularly on the track “Quiescent”, wow, this guy has one amazing voice, The guitar riffs and hooks are a delight and misery never sounded so good. “Souls Of The Abyss” a great track juxtaposing both clean and harsh vocal strains, repeated throughout the record.

The band takes you on a journey of metal with soul, that is the only way this scribe can describe the joy I feel when I play this album, which has been numerous times since it landed on my lap.  Quiescence means a period of inactivity or quietness but this album is anything but quiet or inactive, “Ruins Alive” starts with some blasts and tremolo picking but smooth’s out into a song you can sing along to “Seasons turn, ruins alive, bridges burn, all things will drown”. “Time Is A Wasteland” brings echoes of Frostmoon Eclipse, another Italian band well worth listening too and as “Eudaemonia” fades out its almost over too quickly, so here’s to the bands next release!

This album will feature on my top albums of the year list I am certain, so pick it up and get as addicted to it as I did.