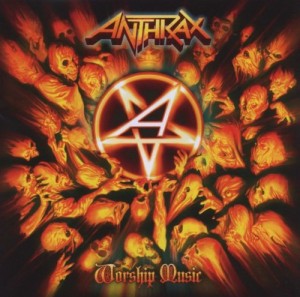 After seven years and all the trials and tribulations with vocalists, Anthrax finally release a new album and it turns out to be an absolute stormer.

Although Joey Belladonna is on vocal duties the music carries on the path of modern ‘Bush era’ Anthrax, i.e. more groove than thrash, they even delve into power metal with a couple of tracks which are the surprising highlights, especially ‘In The End’ in which the entire band performance is stunning!

Also included is the cover of Refused’s New Noise which is happily not murdered out of sight.